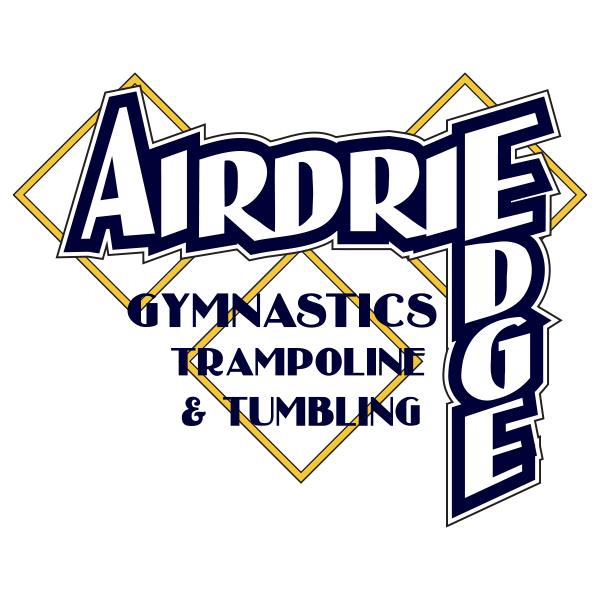 Airdrie Edge Gymnastics is a not-for-profit organization, which was incorporated under the Societies Act of Alberta in 1987.  It also became a member of the Alberta Gymnastics Federation (AGF) in the same year. The club continues to be in good standing with AGF and it maintains a positive working relationship with the organization to this day.

In the early years, the club rented space from local schools and would set up the equipment and take it down daily.  Due to the success of its programs and with the growth of the local population in and around the City of Airdrie, it was able to move to its former 6,000 square foot facility in the Twin Arenas in 1991.  That move to a permanent facility was a major factor in the growth of the club over the next 18 years until the club’s success caused it to eventually outgrow that building.  Today the club leases a much larger (24,000 square foot) custom-built facility located at Genesis Place, where it moved at the end of 2009.

Currently the Airdrie Edge offers three different core programs aimed at all ages from babies just starting to walk through to adults.  The largest of these, the Recreational program, is offered in three sessions per year, Fall for 15 weeks, Winter for 15 weeks, and Spring for 9 weeks, in addition to week long summer camps in July and August.  Within this program, parented and unparented classes are offered for pre-school gymnasts, as well as the very successful CanGym and CanJump programs for athletes aged 6 and older.  We also offer Parkour classes focused on the sport of parkour and freerunning and private classes for dancers, cheerleaders and gymnasts who love to tumble. Additionally, the club offers programs aimed at teens and adult drop-in.

Airdrie Edge also offers three competitive programs: Trampoline & Tumbling (T&T), Women’s Artistic Gymnastics (WAG), and Competitive Parkour and Freerunning (PKFR), all of which are offered on a year-round basis.  All three programs have enjoyed a measure of success in recent years with athletes in the Women’s Artistic Gymnastics program competing regionally and provincially and several having qualified to compete at the Provincial Championships over the past few years. The Parkour and Freerunning athletes compete at a provincial level in a sport that has just recently grown large enough in popularity to be inducted into the 2022 World Games. The Trampoline & Tumbling program athletes compete at provincial, national, and international levels, with increasing numbers qualifying to represent Alberta at the Western Canada Cup and the Canadian National Championships.  The Trampoline and Tumbling program has also had several athletes representing Canada on both the senior and youth teams at World Championships, World Cups, and World Age Group Championships since 2001.  In 2010 Corissa Boychuk won the World Championship for Women’s Double Mini Trampoline in Metz, France.

Today the club continues to grow and be successful in its mission of providing high quality gymnastics experiences to its more than 1,000 members.